Sword type L according to Peterson 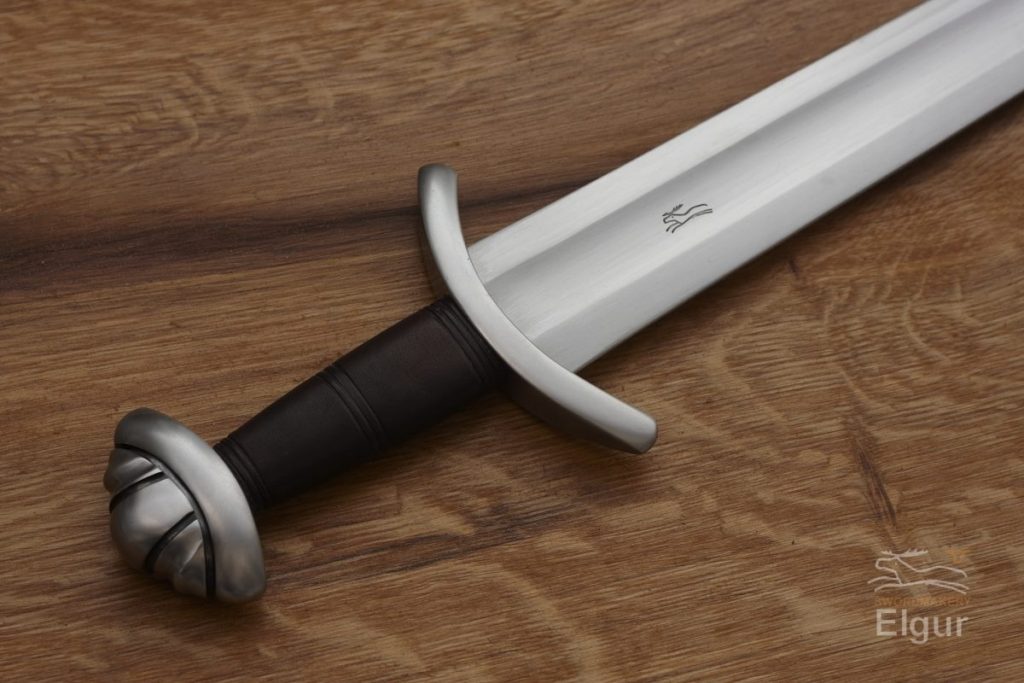 Let us introduce the replica of the sword inspired by the sword found in the River Witham close to Monks Abbey in Lincoln, England.

Few information about the original:

The sword was found in 1848 in the River Witham during widening of its riverbed. Now it can be seen in the British Museum. Thanks to the sediment there was almost no corrosion on the sword.

The overall length of the sword is 91,5 cm, its blade is 77,8 cm long. The blade is more than 6 cm wide at the crossguard with wide fuller, that ends 8 cm from the point. The fuller is about 2,9 cm wide at the crossguard and, just as the blade, it gradually tapers towards the point. The fuller has pattern-welded inlaid inscription „+LEUTLRIT“ close to the crossguard. The final „T“ is inverted. On the reverse side of the blade is pattern-welded reversed „S“ set in a rectangle.

Our replica:
Our relica is adjusted for fencing. The blade was slightly narrowed to keep the overall weight of the sword. The sword does not have any decorations in comparison with the original, neither inscription on the blade nor decoration on the crossguard and pommel. If someone is interested in the replica including decorations, do not hesitate to contact us.

According to overall weight of the original sword, its proportions and the point of balance, we decided, that the pommel was hollow, therefore we included this fact into production of our replica. The working process and shots of the hollow pommel can be seen in the photo gallery. We managed to keep both the total weight of the sword and roughly the point of balance as it was on the original. The total weight rose a bit cause of the weight of the grip, that was not preserved on the original. Hope you like our replica. You can find the result in the photos section, where the making process is documented as well.